All species are intrinsically bound to their environment. I was fascinated by the diverse and dynamic interconnections existing between people and environment in Northern Samar.

What first struck me about Northern Samar was the rich and intense environment. The air was very warm. The landscape was bursting with colour and life; beautiful green trees, bright flowers, plants, leaves everywhere you walked. In my field notes I wrote: ‘thick rain, nature is so powerful, lush greenery, crackle of thunder, humidity, intense sun, heat, nature connected intimately with people’s lives and health.’ Other students told me that the Philippines are in the middle of the pacific ring of fire and they can experience volcanic eruptions. They told me about the perfect shape of Mount Mayon and about the super volcano Mount Taal that has a lake inside.

It was fascinating to learn how people use natural resources. The healing and medicinal properties of the plants was incredible; recipes for pastes, poultices, elixirs, potions, concoctions. Most people grew their own medicinal plants. It is common to ask a neighbour to lend a particular plant if someone gets ill. Name any illness and a member of the community will provide a remedy. This happened to a member of the team, who was given plants to take home to their mother, after describing her illness to a local barangay (village) health worker. One person told me she couldn’t afford medicine. She roasts Malunggay leaves over the fire and places them on her head to cure headaches. She uses Calabo or Oregano for coughs, mixing it with Calamansi juice and drinking it. For a fever, she uses a Ganda leaf wrapped in a banana leaf. She steams it, mashes it, mixes it with water and drinks it once and ‘ the fever is gone’. Another local told me she met ground up prehistoric shells into powder and chewed them, believing it was beneficial to her health.

I learned of the healing properties of the sea. Many believe that lukewarm seawater kills bacteria and heals wounds. The explained that after a circumcision they often go for a swim afterwards. It can also be used for rehab following stroke to gently encourage motion again in the water. The sea breeze eased chest pain and breathing of those with asthma and COPD. One lady explained that she was due to have an operation for her goitre but was advised by an albularyo (a traditional healer) to eat the head of a jellyfish once a year instead. She believed that this had really helped and that she also roasts Yerba Buena (a mint plant) leaves which she rubs on her neck.

People’s livelihood is often integrated with the environment: harnessing their local resources, such as through fishing and agriculture. I learned how culture impacts on health, as I was told of fishermen who visit the hilot (a traditional healer) and rub Katinko oil on their neck to ease muscle soreness. Cultural passtimes also encompass nature: people play basketball outdoors, organise parades and fiestas, and keep pigs and chickens that they eat at celebrations. Barangay (village) health workers told me that there is an increase in the number of cases of diabetes and hypertension in adults following fiestas. ‘They make unhealthy choices, but they can’t afford a more balanced diet’, she said. When people have spare money, it was often spent on sugary drinks and sweets. She explained that there is a lot of type 2 diabetes in the adult population. Each person I interviewed explained that this was due to a diet predominated by rice and other carbohydrates. I asked her what herbal medicines they use to treat diabetes: people chew Buyo leaves to lower blood sugar and drink water infused with lemon grass which is very fast acting. For hypertension, many people I interviewed recommended boiling lemon grass, garlic or Aratilis leaf and drinking it, or chewing garlic. I discovered that strokes are also common. A barangay (village) health worker said that most people are initially treated in hospital for a stroke and then go home and are cared for by their families. There are few resources for those who don’t have families to provide informal care.

Many magical and spiritual beliefs are tied to the natural environment. I heard of trees filled with souls and was warned not to walk over their roots to avoid being possessed by the spirits that reside within. People also spoke of a white lady whose spirit wanders Onay, a monster with a long tongue who can suck the baby out of belly button of pregnant person and elves that live in ant hills that have no ants. I learned about ‘Usog’ in an interview with someone who had been poisoned in the past. She said that this had happened from someone either praying over her food or adding something to it and that the clothes she was wearing had to be boiled in order to cure her. One woman wore an amulet for protection, while others found healing in religion; people said that spirits often cause rashes on children, but if you pray over the child the rash often goes. Others described a friend who had been possessed, so went to church to be washed with holy water. Another described the Holy Spirit as a protecting force. 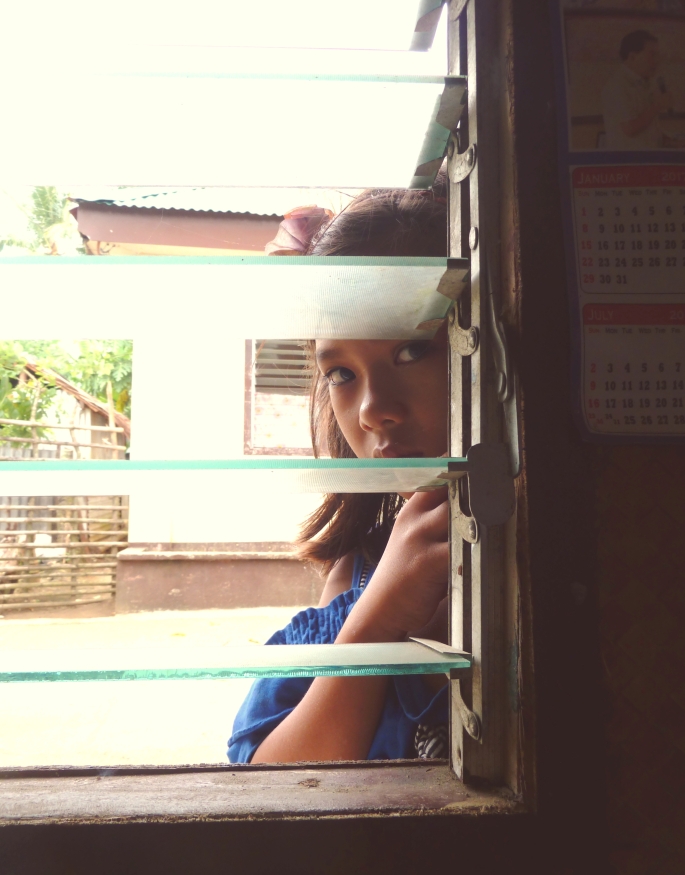 The magic was not just in the wondrous stories told to me by people, but I think it was in the ground, in the plants that grew there, in the people who lived there and in their hopeful dispositions. Through great hardships, struggles and extremely challenging circumstances, in that beautiful wonderland of wildlife, singing and friendship, they had discovered magic. Roald Dahl wrote in The Minpins (1991): ‘and above all, watch with glittering eyes the whole world around you because the greatest secrets are always hidden in the most unlikely places. Those who don’t believe in magic will never find it.’