Oliver Wendell Holmes said: ‘a mind that is stretched by new experience can never go back to its old dimensions.’

I remember staying up late one evening to finish the painting. I had stayed up for many evenings before this one. I was entranced in this story that I was creating. The story surrounded a girl; her life and how it contrasted with the lives of others from different places in the world. I wanted to convey a message about inequalities and social injustice, and provoke questions about global responsibility. I found that the more I painted, the more I felt these questions arise in myself.  I finally finished my submission for the SOLACE competition and accompanied it with a short poem entitled ‘two little girls’. It aimed to capture the innocent view of a child, standing in her place of birth, looking across thousands of miles of green and blue at another child from an entirely different place, with a different culture, different circumstances and perhaps different opportunities. 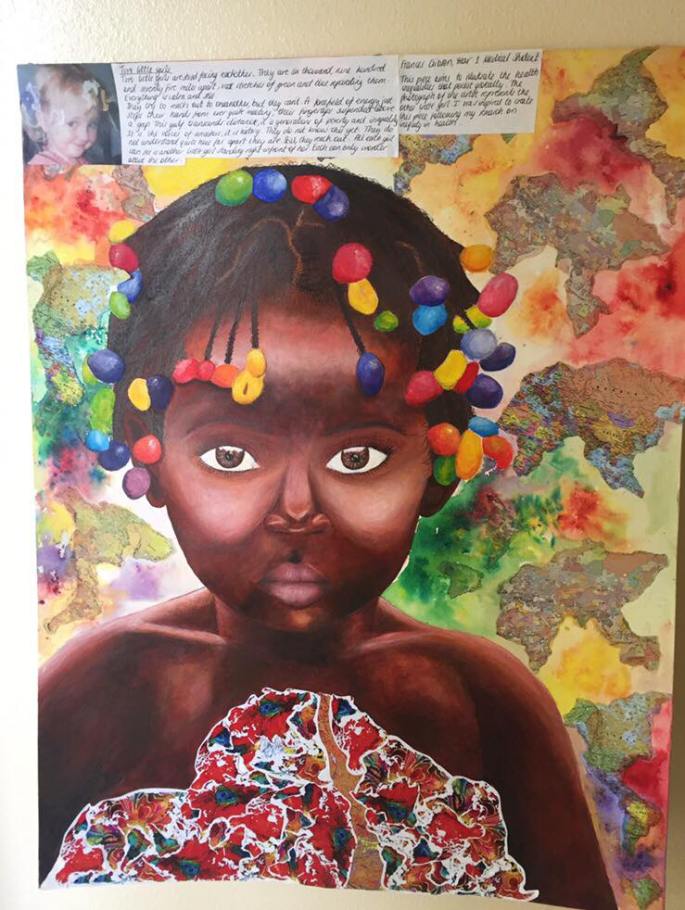 I went to the Philippines not really knowing what to expect, but also expecting to see stark differences between the lives of people in the UK and the lives of people in Northern Samar.  When I was there, I found that I was one of those little girls I had created, looking at an entirely different place, with an entirely different health system, wondering why some are living in poverty, while some live so plentifully. I did indeed see the differences I expected to see, but what surprised me most was the strong sense of community, friendship and positivity that was present everywhere I went.

I observed the strength of Mother Nature. She was a provider of fish, coconuts, jackfruit, bananas, rice, water, light, healing oceans, a diverse bouquet of medicinal plants and wildlife. However, she was also merciless and destructive, causing storms, typhoons, destroying homes, causing illness and pain. This was recounted to me through people’s stories and through walking in the shoes of a local for ten days. I interviewed a lady who had lost her husband in the eye of a storm at sea, at the very same port I had crossed just days earlier.

One day during my immersion, the clouds suddenly broke and rain poured down. We all clambered into the barangay (village) health post for shelter. There were seven women, three children and two men enclosed in this small space. The baby beside me had a chesty cough. Thick rain was crashing on the roof and through the cracks in the window mosquitos flew in and out. It was at this point I considered the spread of disease, and wondered how much control the people here had over their living conditions, exposures and health. In the rainy seasons, upper respiratory tract infections are common and these often turn into pneumonia, particularly in malnourished children. I wondered about the quality of the water, after hearing about parasitic schistosomiasis infections and leptospirosis infections. I learned of how common urinary tract infections are, due to the salinity of the water. One lady told me ‘coconut juice first then water, if it hasn’t gone in three days then get medication’. Another person talked of a pregnant mother with a UTI that had lead to the baby being stillborn.

One barangay (village) health worker I interviewed also visited the provincial jail as part of her duties. She explained that this is where people are held while they await their trial, which can be a lengthy process. She told me that the prisoners often have oedema and skin lesions from sleeping on the ground. She described the cells: the walls are very hot and the floors are very cold so inmates face extremes of temperature and can get heat exhaustion and fever, and can feel like they’re suffocating, as well as coughs and colds and asthma. I asked how they treat asthma and she said that some have nebulizers and share it with other people in the prison.  I wondered how this would affect the spread of disease. She recounted how a guard caught TB from an inmate. ‘Some prisoners die’, she said, and explained that it is not easy to get the treatment to the prisoners, as they need a court order and also need to sign for the treatment. The families of inmates who have been displaced by natural disasters are able to live on the grounds of the jail, using whatever waste materials they can find to fashion a hut. She told me that these huts are often 1 and a half meters by 2 meters in size, which again made me consider the spread of infections. The children of some of the prisoners do not go to school as they come from far-flung areas. The barangay (village) health worker spoke of the need to improve systems for the health of prisoners.

I interviewed Doc Soi, who had practised for over twenty years as a family doctor in the Philippines. He talked about the need to ‘move upstream’ in health; shifting the focus from treatment to prevention alongside health promotion and education. The need for health education was highlighted after barangay (village) health workers recounted how people’s fear surrounding vaccinations had been intensified following the Dengvaxia controversy, so there had been a small outbreak of measles due to decreased immunisations. They said that counselling sessions improved attitudes towards vaccination. Doc Soi also discussed the need to improve legislation surrounding health behaviours. For example, currently, if people cannot afford a packet of cigarettes they can buy them individually, so a lack of money does not deter people from smoking. He also said banning smoking in public areas needs to be consistent.

In this beautiful place filled with wonderful kind people, it struck me just how much socioeconomic positions affect exposures to disease agents and resources needed to protect against disease and treat illness. One interviewee said: ‘most people here will work their whole life, and still be in poverty.’ Another told me of a man who had fallen ill and was trying to gather together enough money to get to the hospital. After twenty-four hours he got the money together, got to the hospital and sadly died. One lady couldn’t afford to buy food, said: ‘I am never hungry, family and friends feed me.’ The poverty I saw translated into health inequalities in this complex reality. Nelson Mandela said that ‘while poverty persists, there is no true freedom.’ These words were echoed in the stories I heard, stories that influenced and changed my perceptions. It was not poverty that defined the people I met, it was their spectacular generosity and strong collective spirit. They were united as a community. 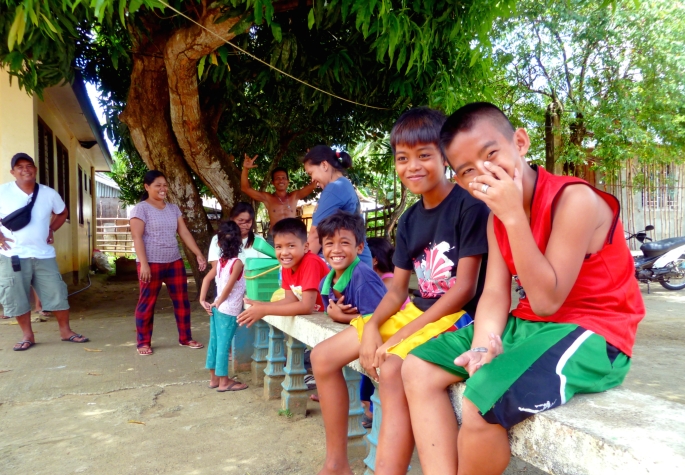