‘Happiness is what you do!’ This is one of the most insightful comments I’ve heard from a ‘research subject’ in my entire research career, which spans over 25 years. It was said with so much sincerity and natural demeanour by a Filipino woman who took part in one of the Cultural Animation workshops held in Northern Samar. The workshop was run by Sue Moffat, the Director of New Vic Borderlines in Newcastle-under-Lyme.

Cultural Animations was developed initially as a methodology of community engagement but in time evolved into a methodology of knowledge co-production through the research Sue and I have been doing together since 2012 on issues such as communities in crisis, volunteering, food poverty, marketplace exclusion and health in the community.

The Cultural Animation workshop in Catarman, Northern Samar, brought together over 30 participants from the local community, unearthing many hidden assets in the community and bringing to the surface various taboos relating to health.  What really had the biggest impact on me was the way in which people related to each, their spontaneous spirit of collaboration and enthusiastic approach to solving problems together.

My group, for instance, chose the group name Taua Taua (Smiley Smiley) and indeed, we did smile and laugh a great deal while working on a poem about health in the community and an accompanying installation. 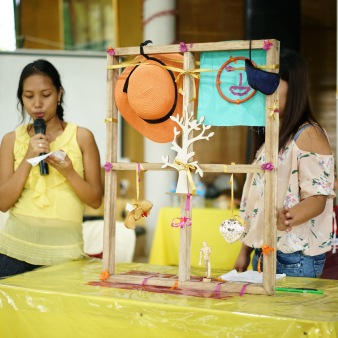 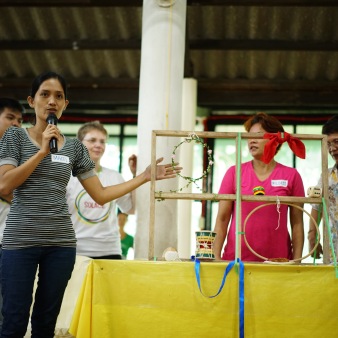 We were also very serious and dedicated to the task in front of us.  The group decided that the actions needed to achieve health are ‘unite, forgive, eat and be happy’.  While the first three actions did not cause much controversy, the last one did. Because what is happiness, after all? We are all happy in different ways, no doubt!  After a heated but friendly exchange, one woman said: ‘Happiness is what you do! When you do certain things, you get happy, when you do other things you get sad!!’

I was stunned! The idea that happiness is achieved through what we do, through involvement in day to day practice is rooted in a philosophical tradition called American Pragmatism.  I discovered this philosophy when I took a sabbatical in 2000 hosted by Penn State University in the US. Since then, I became hooked on the writings of John Dewey and William James.  The American Pragmatists argue that the starting point of knowledge is a problematic situation which we experience as unsolvable. This triggers a process of questioning in which we use not just rational thinking but also our emotions and experience to resolve that problem, thus advancing knowledge.  This realisation has had a huge influence on me. This is the reason I started doing community-based research in which the research topic is co-designed with communities based on their own problematic situations.  This is why Cultural Animation came about so strongly and established itself as a methodology that translates American Pragmatism into a particular approach for doing research about problematic situations.

By all accounts, Northern Samar has its fair share of problematic situations: 5-6 typhoons every year, poor infrastructure, poor access to health, few jobs available for the inhabitants, not to mention the physical isolation of so many barangays (villages) which are only accessible by riding boats. 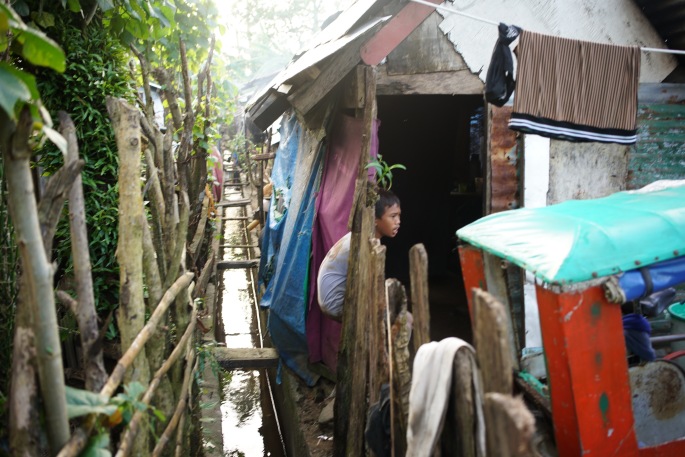 A barangay (village) in Northern Samar

And yet, despite these challenges, the community spirit and the human connections were incredibly strong.  The hospitality and generosity of this community unmatched!  Their resilience in solving problematic situations, a shining examples for our individualistic communities.