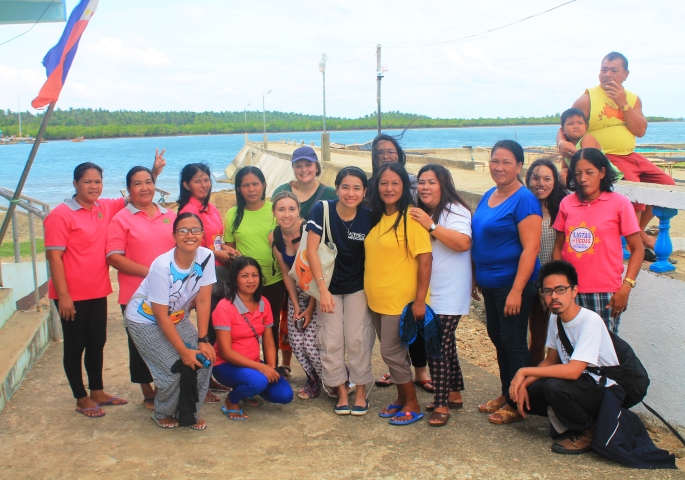 A week before my immersion in Northern Samar, I was experiencing problems with my back. It ached whenever I got out of bed, and it made me feel tired all throughout the day, even if I had not been doing anything particularly exhausting. One night, I told my parents that my back was bothering me, and my mother immediately got my brother to go out to our yard and bring tuba-tuba (Jatropha curcas) leaves back to her.  My dad then told me to lie on my bed, massaged my back with luyang dilaw (Curcuma longa) liniment and placed the leaves on my back.

‘Your back is filled with singaw,’ my dad said as he rubbed circles over my spine with his thumb. The leaves would help in getting rid of the singaw (wind), which he told me was causing the heavy feeling I was having. My mother then reprimanded me for aiming the electric fan straight at myself while I watched TV.

This phenomenon is not unique to my household. Almost every Filipino around my age grew up using traditional medicine in a myriad of health conditions. When a person got a cut during our field work in Subic, my college classmate once said, ‘Malayo naman sa atay. Tapalan mo lang ng bayabas’ (It’s far from the liver. Just put a guava [leaf] over it)”. That statement underscores just how much traditional medicine has shaped health perceptions in the country—even the phrase ‘malayo sa atay’ opens up another lengthy discussion on how the liver plays a prominent role in Filipino culture as both a vital organ and a receptacle of strong emotions.

Because of my family background, I grew up tremendously interested in traditional medicine, particularly herbal medicine, and so I made it imperative for me to get as much information about it as possible. I went around Northern Samar and asked the barangay (village) health workers about the plants they utilize for either treatment or preventive measures, and they were gracious enough to narrate to me how they made use of them. My family keeps a small garden specifically for herbs they use in treating in minor ailments, like guava, luyang dilaw, and tuba-tuba, so I knew a few of what the health workers were showing me. Some of herbs the locals used differently from how my parents would. A lot of the plants I did recognize, but could not believe that they were used for something other than ornamental or economic purposes. 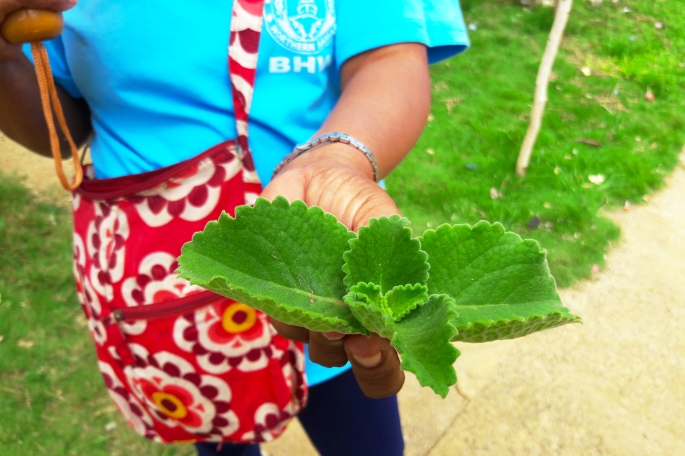 Oregano is a herb commonly used for cough

As I was conversing with the health workers, I realized that herbal medicine in the country has yet to really take off. Through the Republic Act  No 8423, the Philippine Institute of Traditional and Alternative Health Care (PITAHC) was enacted in 1997, and the Department of Health released its endorsement of ten medicinal plants in the same year—these happened such a long time ago. There have been many developments in research regarding the potential of active ingredients found in plants used in traditional medicine, but unfortunately, it has not translated to an increase in the formulation of herbal drugs. I admit that, as of the moment, I am not knowledgeable enough to talk about the intricacies of developing and distributing drugs, but it is easy to surmise that the public would greatly benefit in having efficacious, low-cost medicines made available to them.

Another reason why it would be beneficial for the nation is that it would draw focus on the thousand years practice of herbolaryos and other traditional healers—in its entirety, herbal medicine is empowering medicine. Having folk remedies validated and deeply involved in preventive and therapeutic measures would definitely open the doors for people who have always thought of health as largely inaccessible. To the communities who have long felt estranged from doctors and modern medicine, creating a niche for herbal medicine to flourish and evolve would speak volumes to them.

I hope that by the time I graduate from medical school, herbal medicine would  gain more traction and finally find its rightful place, which is alongside conventional Western medicine. If not, I would definitely be one of those who would strive for the recognition of its importance.